Posted at 20:02h in Wilderness culture by admin 0 Comments
0 Likes

Out of civilization, stuck 824 asl in a time where firewood was carefully piled up near the front door and all the chimneys of this tiny stone houses were steaming, the little village of Elcito tastes of past and strenght.

Lonely, a handful of crowded roofs on a rocky peak facing sky and emptiness. A place for eagles and wanderers. No melancholy between its walls, only a cold wind that lashes the smoke out of the few chimneys on, to remember there is still someone taking care of these silent roads. Realm of wind, who doesn’t stop whistling  and playing its music channeling through the narrow alleys: sometimes a friendly invitation, more often a warning to unaware travellers entering its little lonely fortress. A drinking trough welcomes strangers and wizards. Then a square, an ogival arch, stairways and terraces on green surroundings: such a mystical place when it comes out of the snow or the fog that wrap it up in winter season, you understand why is called “little Tibet of Marche region”.

The wailed winds will bring you to another magical spot on these mountains. White trunks sleeping under a withch’s spell: Canfaito beech trees’ forest is out of fairy tales.

Amazing in autumn, where the fog usually covers a red leaves’ carpet and the green moor around sleep in a cover of dew. Lord of these mountains, among beech trees’ gnarled roots is said magical things happen. The oldest beech tree of this enchanted place, half century old, lays along the paths known here as “giants’ road”. Walk silently thorugh it not to wake up the old giants from their spell! 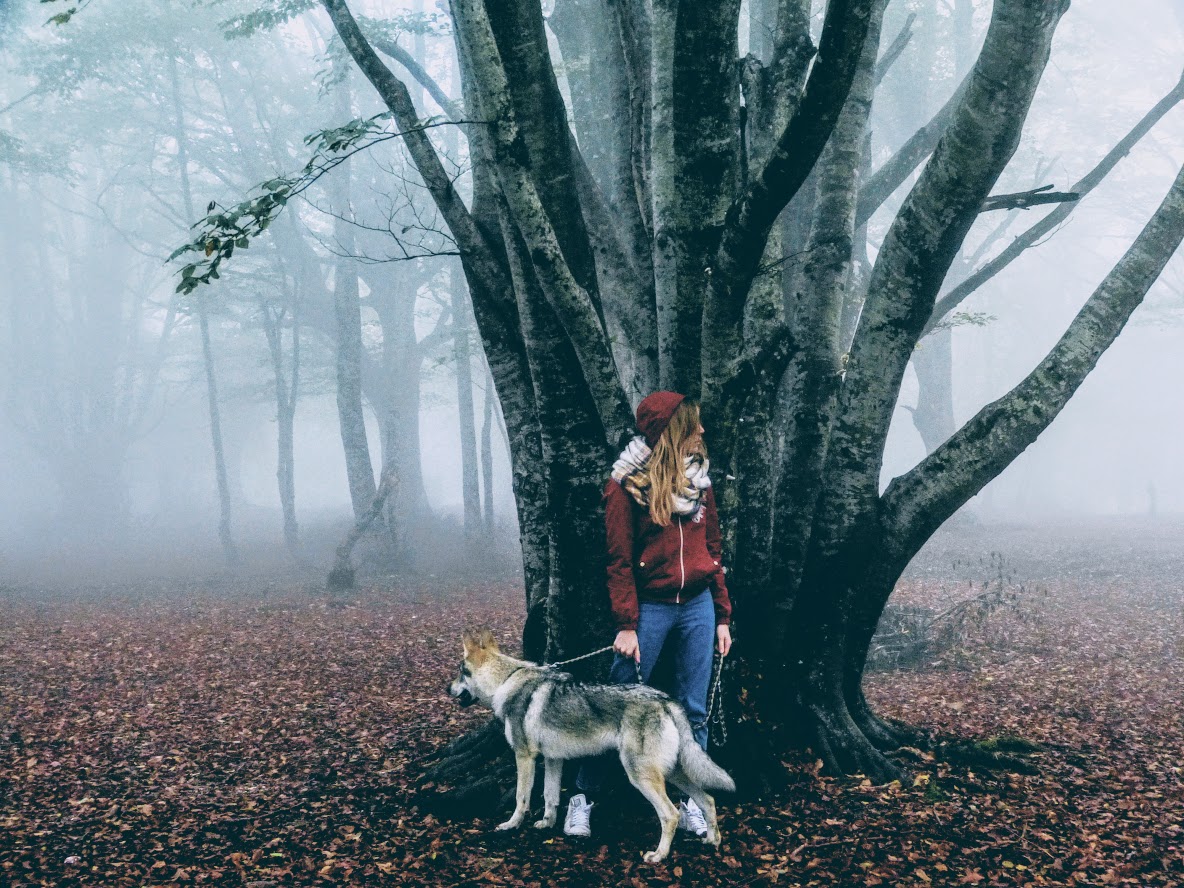